Pulled Woman Home First Night Of Training, Had Foursome One Week After And Had Sex With Another Woman – All In One Week! 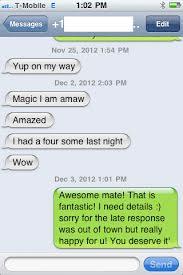 Magic is amazing. If you are thinking about the program, you will not be disappointed. He goes deep into your soul, rips out the bullshit and lets you fill it with who you are.