Dating The Girl I Met Recently

I haven’t talked to you in a while, wanted to let you know how things are going.

I’ve been having a great time. I have been dating this girl I met for past several weeks so I haven’t been going out as much as I did before.

We’ve done a lot of cool things. We were talking about both of us having arachnophobia (her a lot more than me) so we spontaneously went to the butterfly pavilion which has a tarantula that they let you hold.

Not many girls will go along with something like that.

I have had some pretty cool experiences going out. When I am out with friends they are wanting me to wing for them.

One time I went out with a few friends and saw this guy trying to talk to a girl, you could tell from her body language she had no interest in him.

After a while I went over and talked to them both. The girl was having a great time and totally interested in me. Since I talked to the guy and kept him included he was offering to buy both of us shots.

That was an interesting experience and my friends ware amazed that I took the girl he was trying to get and he wanted to buy me drinks!

I am amazed at how much my life has changed and the amount of success that I have had. I still feel like there is so much more that I could learn and continue getting better. 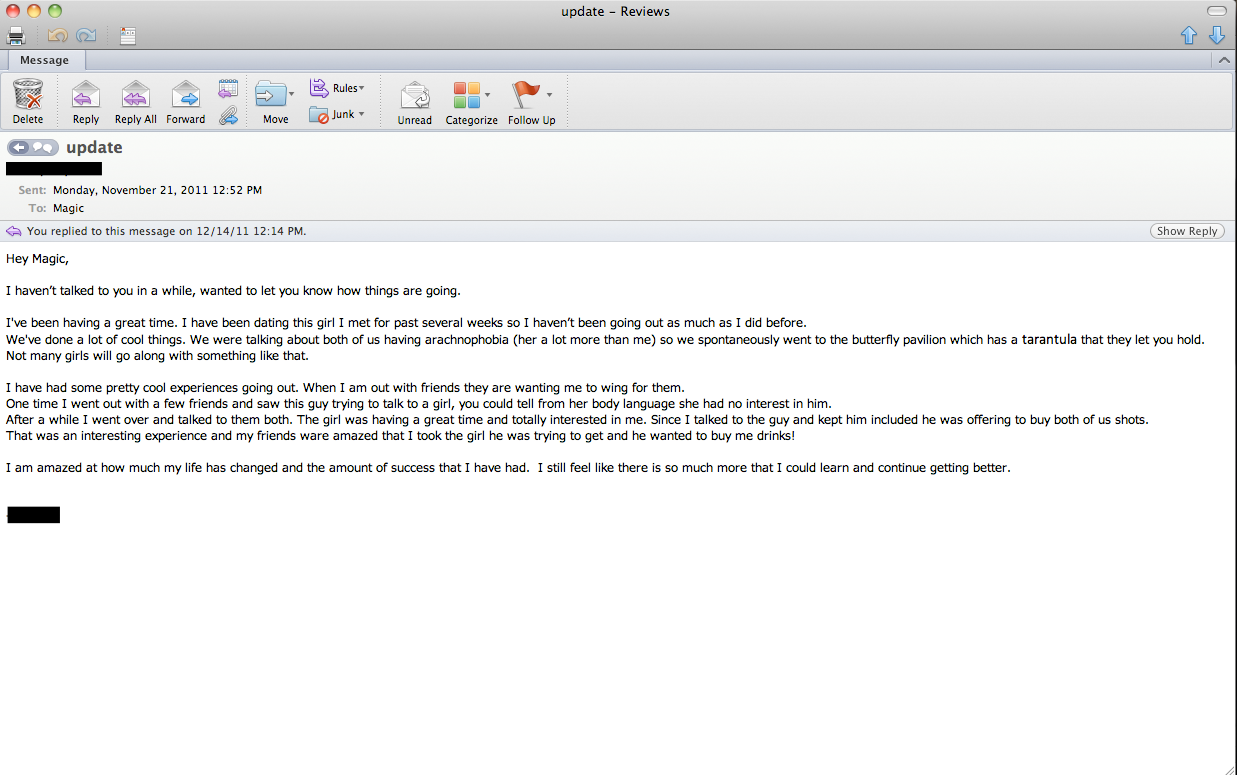 Got Laid Within Week Of Training And Now Has A Girlfriend.

Here’s the list of items you were going to send me:
E-book

Phone calls scheduled for first Mondays of the monthat 11:00a

Attached are some photos of my house, because of the size I will send a second e-mail with theMySpace dating book.

My last night in Cali I went back to my old neighborhood in long beach from when I was a kid. While I was walking through the neighborhood I started talking to this guy I walked by. He wastelling me about a few bars down the street and we ended up going that night. While I was there I was talking to a bunch of people and had like 15 to 20 min. conversations(including a lot of kino)with these girls who were funkin 10’s! Last week they probably wouldn’t have given me the time of day, and that night they found me to give me hugs before they left! That has never happened before and this is just the beginning! (I had to attach a few pics)
Thanks! 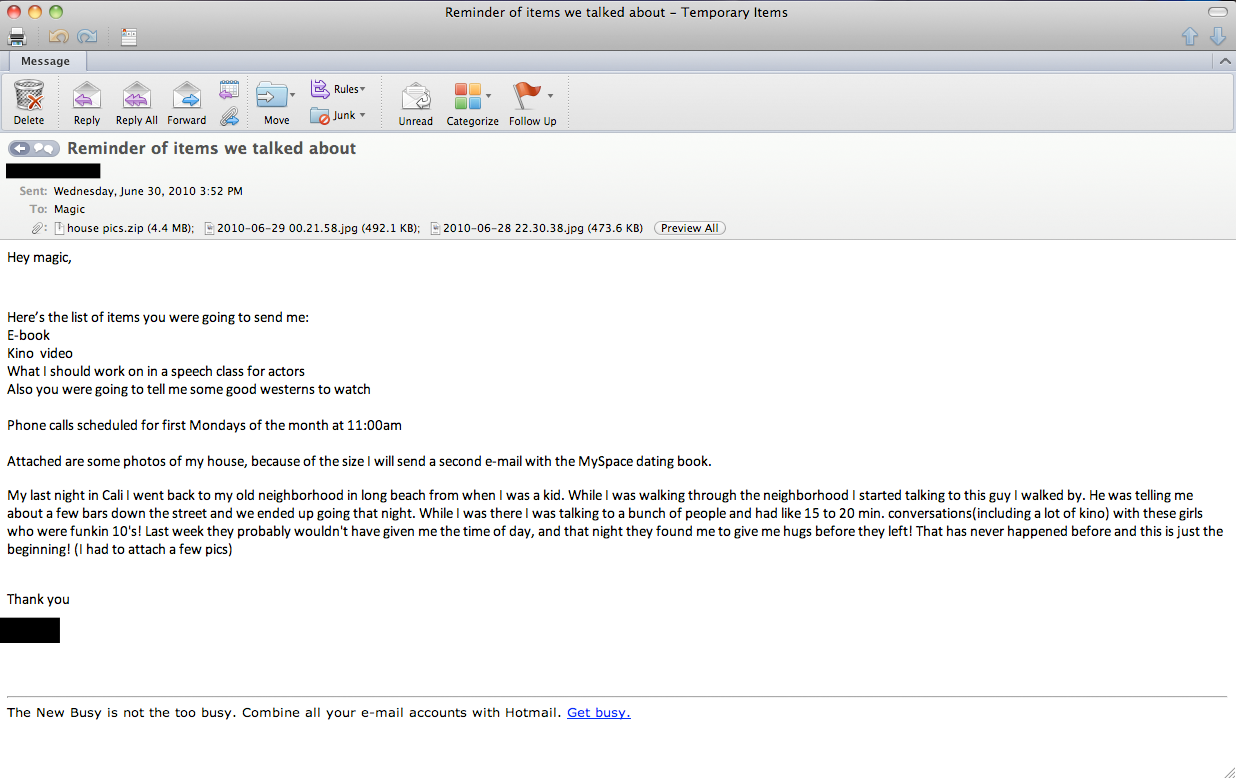